Witnessing the aftermath of a fall:
a guest blog by Mumtaz Mahmood CMIOSH

It was the middle of the COVID-19 pandemic so, like many people, I was working from home that Monday morning. I heard pandemonium outside and quickly ran down to check. A woman with a dog was screaming, “The man has fallen from the ladder!”

I saw a man who had landed on his head on the concrete. There was a large pool of blood. Distraught, I walked up to my neighbours’ house opposite. They are an elderly couple who were sitting on their low boundary wall, talking to the 999 operators. The casualty was still alive, taking very long erratic breaths but not conscious. He appeared to be in the recovery position.

Soon afterwards both police and ambulance arrived, and they quickly attended to him. A few moments later, I saw them carrying out CPR and this continued for quite a while. Within 30 minutes, I heard a helicopter land close by and four doctors and paramedics rushed to the scene. Unfortunately, a few minutes later, the man was declared dead.

I offered to bring my neighbour into my house as she was in a very distressed state. I made her a hot drink. She burst into tears and was in deep shock.

It was a very hot day in London; the sun was scorching hot, and the temperature was around 28C. Police quickly cordoned off the area and covered the body. Nearly five hours passed but the casualty was still lying in the sun. Then I saw some other people arrive at the scene, who I believe included the Health and Safety Executive Inspector. Later, the mortuary van took the body away. The cleaning team arrived and washed the yard.

That night I went to check on my neighbours’ welfare. Undoubtedly, they were very shaken. They said the man was an old friend they’d known for many years and occasionally helped them out with odd jobs. They told me he was in his 70s, someone who enjoyed life and was known to most of the older people in the neighbourhood.

It is Tuesday morning now and the street is quiet. You’d never know it, but a fall from height statistic was just created here. 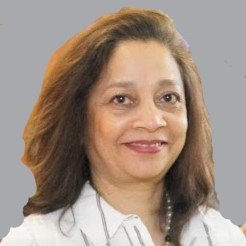 This moving account was written by Mumtaz Mahmood CMIOSH, an IOSH London Metropolitan Branch committee member who carries out health and safety audits of schools.

Got a story to share? Please get in touch.