2020 was no ordinary year but despite the turmoil, there were noticeable advancements in the work of the All-Party Parliamentary Group (APPG) on Working at Height which remained focused, busy and proactive.

This article was written by the APPG’s secretariat, Connect.

Now in its third year, the Group chaired by Alison Thewliss MP (SNP, Glasgow Central) and sponsored by the Access Industry Forum, brings together Parliamentarians, industry leaders and trade associations to campaign and raise awareness of the risks of working at height.

With new faces in Parliament and a Government with a strong majority, the overarching aim for 2020 was to build a broad coalition of support for the key recommendations of the APPG and raise awareness. After formally reconstituting with seven parliamentary officers from the three main political parties in Westminster, by the end of January, the Group had held its first meeting in Parliament. This focused on a safe working environment and the then Shadow Employment Rights Secretary, Rachael Maskell MP (Lab, York Central) and the now Chair of the Work and Pensions Select Committee, Stephen Timms MP (Lab, East Ham) joined. Most notably, Stephen Timms MP confirmed his interest in the policy area and his intention to look at the funding and remit of the Health and Safety Executive.

In June, the Group took its proceedings online, holding its first virtual meeting. In this, the discussion focused on ensuring that the collaboration that had been seen between Government and industry on workplace safety during the pandemic continued in areas like working at height. The meeting was a great success with attendees from across Parliament and industry, including former Health and Safety Minister Lord McKenzie, the Communications Workers Union, the British Safety Council and Labour Party advisers.

This was followed later in the year by a session looking at working at height in rural locations, considering how all sectors can best work together and dispelling myths about where falls from height occur. The APPG worked with influential organisations like the National Farmers’ Union, Unite the Union and the Institution of Occupational Safety and Health to secure over 50 attendees – a real highlight in terms of engagement with industry.

Outside of formal meetings, the APPG was delighted to support the Access Industry Forum with its submission to the Government’s Comprehensive Spending Review and fantastic engagement with the new Chair of the Health and Safety Executive, Sarah Newton, to name just a few highlights.

In 2021, the APPG will be looking to convert this momentum and support into tangible actions, to ensure serious injury and fatality rates continue to fall. If you’d like to find out more or sign-up to the mailing list, please email appgworkingatheight@connectpa.co.uk. 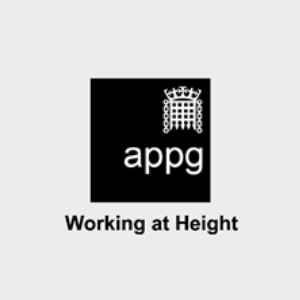 APPG on Working at Height

This article was written by Connect, the secretariat for the APPG on Working at Height's secretariat.

If you've been affected by a fall from height, please share your story with us.
Share your story
Back to Latest News
PrevPreviousChristmas is coming: Keep calm and stay safe!
NextAvoiding falls from height accidentsNext