Written by Marcy O’Brien, an award-winning columnist based in Pennsylvania

I don’t know what the attraction is between men – particularly men of the senior persuasion – and their ladders. I know it has something to do with getting a job done quickly and proving that they still have the mojo to do it. Calling on someone more expert, or God forbid, younger, is not on their radar.

In one way, I understand, because I would very much like to be able to do everything I did when I was 50, or even 60. For example, I used to do laundry all morning, clean in the afternoon, and write into the wee hours after making dinner and cleaning up afterwards. Today? Pick one of those activities and give me two days.

But would I climb on a ladder these days? Fuggedaboudit. Fortunately, I am immune to the prevailing syndrome that causes men to climb ladders. It’s called Testosterone Poisoning. It is strictly a male disease.

Over the years, several male friends have fallen victim to this particular malady soon after their retirement.

The well-known owner of our local radio station waited a whole week after his retirement party before climbing to the top of his extension ladder. Roy was 6’8”, and probably thought nothing of stretching his enormous reach another few feet – or 20. He fell from the roofline of his tall house. It didn’t kill him, but it slowed him down for a long time, and changed his new carefree days…forever.

Another neighbor waited until soon after his retirement to climb onto his porch roof to clear winter debris. When he fell – first on the iron handrail, then landing on the brick steps – he only broke a wrist. And his dignity.

Last year, another friend fell from his roofline just by stretching too far – a common occurrence in the world of ladder statistics. Armed with a chainsaw, he watched helplessly as the heavy branch he had cut at the roofline fell through his ladder. The force of the large branch plunged him over the edge of a ravine. Falling almost 30 feet, he lay unconscious for hours before being discovered by his wife. His concussion required rehab, his hip required rebuilding, and it changed his life…forever.

All of these men are smart – even brilliant – in their professional pursuits. But not on a ladder. Men have a compulsive need to climb, and I have discovered the one word that gets them in trouble: Roofline.

Last year the catastrophe fell too close to home. Our Dean is a dear friend, dating back to his years on the job with my Dear Richard as New York State Troopers. And he is also the computer genius who keeps us running electronically. Dean doesn’t buy computers – he builds his own. I confess that a few columns wouldn’t have arrived in this space without his perseverance. He is our guru, and without him we couldn’t survive computerdom.

But for all his genius, Dean connected his ladder to a roofline, and changed his life…forever.

A year ago, he climbed onto his one-story roof – or almost did – for a quick repair. He stood his ladder on the small sidewalk beside his Florida house. Everything was fine until he reached the top of the ladder. As his stepped forward to plant one foot on the roof, the ladder leaned heavily into his new soft vinyl gutter – and the bottom skidded away from the house on the cement below. As Dean described his soaring dive from the roofline, “It was a triple gainer with a twist.” Unfortunately, the twist was his leg going through the ladder before they both tumbled onto the hard cement.

The surgery to rebuild his lower leg, crushed ankle, and divided heel was extensive. For the first few months, he thought the 16 long steel pins sticking a half foot out of his ankle and leg were individual. Turns out they were 8 long pins that crossed inside to pull everything back together. A large bolt, an “external fixator” also stuck out of his shin for many months. He lived in a wheelchair and slept in a recliner. Computerless. Months later, he worked his way back to his keyboard. Today, he is finally able to walk, but no day is without pain.

So, dear male readers, PLEASE do not even think of combining yourself with a ladder and a roofline. I cannot imagine a better way to spend your retirement check than on someone younger and stronger to save your neck.

You should safely enjoy your golden years…your personal forever. 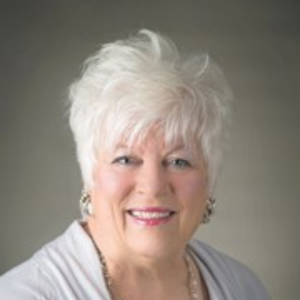 The award-winning Marcy O’Brien writes her 18-year-old column from her home in Warren, PA. She appears weekly in the Warren Times Observer, the Jamestown (NY) Post Journal, and the Dunkirk (NY) Observer.

If you've been affected by a fall from height, please share your story with us.
Share your story
Back to Latest News
PrevPreviousDomestic falls from height
NextThe Access Industry Forum – a first step to safetyNext