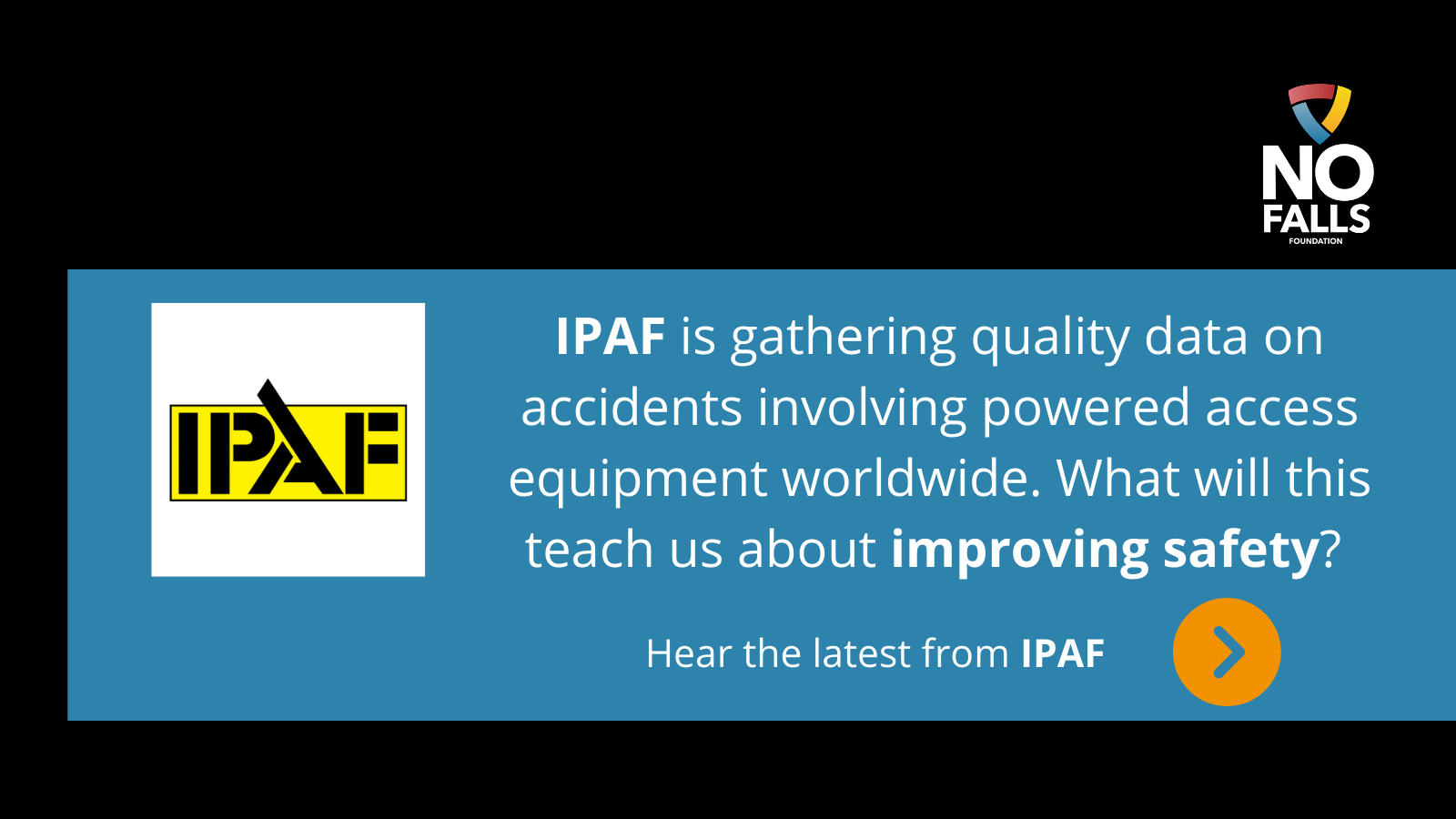 The International Powered Access Federation (IPAF) has relaunched its worldwide accident reporting portal as part of a major drive to gather the best quality data from around the world, in order to analyse the data and uncover what it can teach us about improving safety in powered access.

To mark the revamped accident reporting portal, IPAF hosted a free webinar looking at the latest available data in granular detail to explain how the findings can be used to influence safety campaigns and best practice, technical guidance and inform IPAF’s internationally recognised training programme.

The webinar, which was hosted free online on Wednesday 16 September and is now available as a recording online, saw presenters outline how IPAF’s worldwide reporting project already helps reduce accidents through intelligence.

Peter Douglas, CEO & MD of IPAF, gave an overview of IPAF’s accident reporting project, which he helped to initiate while serving as a member of the IPAF UK Country Council in 2012, and explained why every IPAF member should be actively engaged in this life-saving intelligence-gathering exercise.

The new IPAF reporting portal makes it easier to report an accident or near miss – near-miss information being “surprisingly useful in preventing more serious accidents”. It works on multiple devices, allows multiple users per company, and has a feature for users to register subsidiary companies.

This allows access, reporting and analysis across a group of companies in one or more countries, linked to one parent company, enabling firms to compile their own company or group safety analysis, while creating an anonymised, up-to-the minute database for real-time analysis by our experts.

The new portal launches in English but will see additional languages added through the rest of 2020. The old portal is available until the end of 2020, but we encourage anyone wishing to report an accident or near-miss to use the new portal right away.

The webinar also reviewed IPAF’s Global MEWP Safety Report 2016-2018, which presents key findings from 25 countries around the globe. All information gleaned through the project from its beginning in 2012 has been used to create safety awareness campaigns and inform the likes of the UK Health & Safety Executive and ongoing All Party Parliamentary Group inquiry into safety at height in the workplace.

Brian Parker, set to join IPAF next as the organisation’s new Head of Safety & Technical and a key part of IPAF’s Accident Project Work Group, looked in depth at anonymised and previously unpublished data including the latest statistics for 2019.

Deciding purely to focus on the data reported by IPAF’s UK members, he was able to take a granular look at some of the common underlying causes of accidents, locations and types of industry or activity in which they occurred.

While slightly over 60% of all the data gathered via the reporting project is from the UK, this proportion is decreasing all the time as members in other countries commit to using the portal and updating the project with detailed information about incidents.

Brian explained how data given via the IPAF portal tends to be more detailed and useful than those gleaned from national databases such as OSHA accident reports in the US. In fact, much of this third-party data has to be labouriously reviewed and cleansed to make it suitable for use in IPAF’s analysis.

He underlined his presentation with a plea for all IPAF members to engage with the newly redesigned reporting portal, in order for IPAF to gather the best quality data and produce the most usable, industry-facing reports possible.

As an example, he outlined how information relating to accidents leading to injuries and deaths involving delivery drivers showed these almost always involve the loading or unloading process. IPAF plans to accordingly overhaul its Load/Unload Training course for 2021, as it did with MEWPs for Managers training last year after statistics showed many accidents could be traced back to poor planning or oversight of operations.

Peter Douglas adds: “Since taking up post as CEO, it has been a key objective of mine to lend renewed impetus to the IPAF global incident reporting project. I’m pleased that increasing numbers of members around the world see the benefits of feeding into this. I’m confident the new portal’s layout and added functionality will only increase take-up.”

Note that all IPAF webinars are recorded for those who are unable to join the live presentations and will be made free to review online shortly after the live broadcast.

If you missed the Reducing Accidents Through Intelligence webinar, or just want to watch it and other IPAF safety webinars again, they are now available on the IPAF website; all are free to view or download.

IPAF is a not-for-profit members’ organisation that promotes the safe and effective use of powered access equipment worldwide. Members include manufacturers, rental companies, contractors and users. Find more details on the IPAF website.

If you've been affected by a fall from height, please share your story with us.
Share your story
Back to Latest News
PrevPreviousSHATTERED LIVES: Malcolm Bowers
NextSafety in agricultureNext 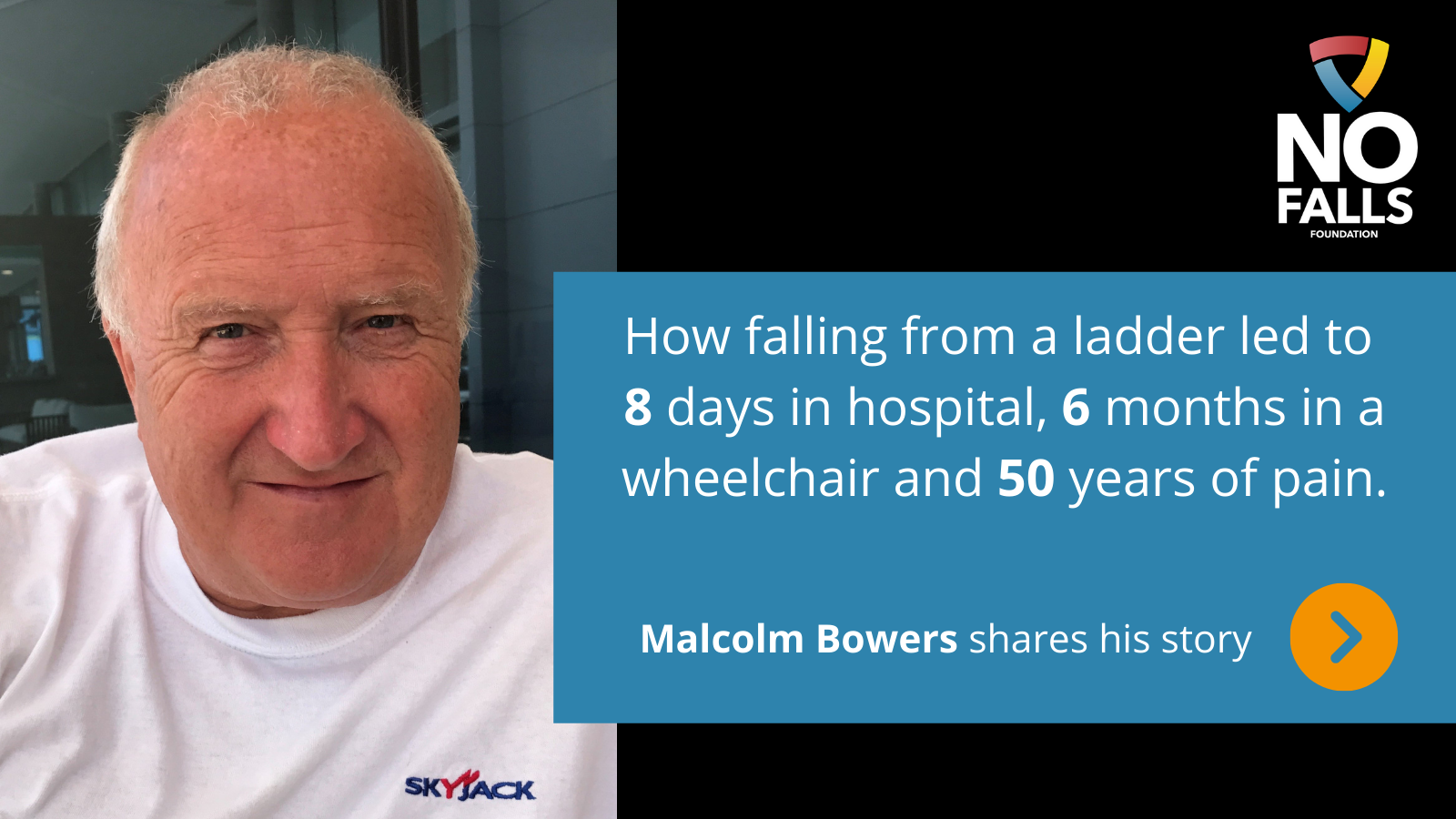 How a fall from a ladder resulted in eight days in hospital and six months in a wheelchair. A window cleaner tells his story. 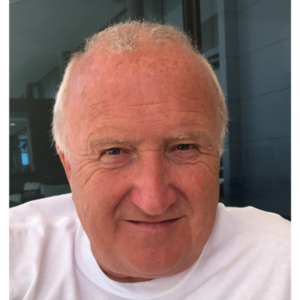 IT WAS a bright, dry Winter’s day in February 1970 when just married self-employed window cleaner Malcolm Bowers, then 21, fell 4.5 metres from a ladder fracturing both heel bones and his left leg. As a result, 50 years later, he still suffers from frequent pain in his ankles, knees and hips.

Malcolm takes up the story: “My round was based in Allerton, Bradford, and included a public house which literally became my downfall. I was cleaning the upstairs windows when I made a serious mistake.

The pub was on the roadside with a wide, sloping pavement and I was using wedges to level the ladder. I then made the grave error of leaning sideways and overreaching, causing the ladder to spin on its one stable stile, throwing me off sideways. I landed in an upright position collapsing to the ground on impact. Fortunately a doctor was passing by who attended to me and rang for an ambulance.

I live with the consequences of the fall to this day some 50 years on. 20 years after the accident I started to experience pain in my hips and knees which, upon examination, showed that the problem was caused by my original heel and ankle injuries. For many years now I have worn corrective shoes with special insoles to correct my leg, knee and hip geometry. Even so, I still have very limited ankle movement and it is still difficult and painful to walk on unlevel or uneven ground.

I never went back to my old job and after a total of eight months off work – and some very tough times financially – I took a job as a scaffold and access sales representative, going on to jointly form Access Rental Ltd in 1978, AFI in 1998 and Lifterz in 2006.”

For advice and guidance on the safe use of ladders and stepladders visit the Ladder Association.

If you have a story like Malcolm's, please share your experience with us.
Share your story
Back to Latest News
PrevPreviousNo Falls Foundation appoints Health & Safety Advisor
NextIPAF relaunches portal in drive for better accident reportingNext